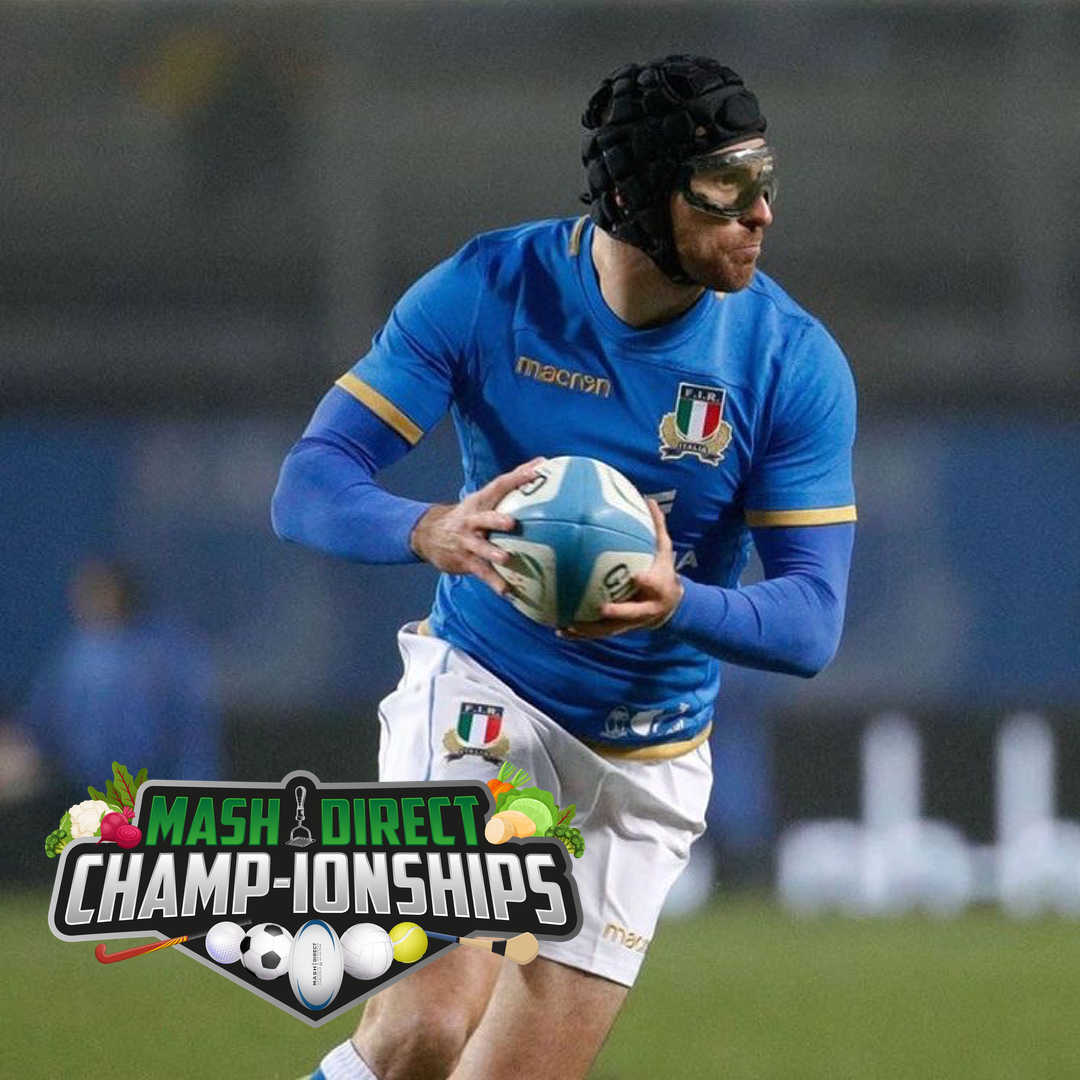 We're pleased to announce that our next Mash Direct Sports Championship judge is...

The former St. Columba's College student debuted for Leinster's first team in the 2008-09 season and represented Ireland at the U20 World Championships in Japan.

McKinley was forced into early retirement in 2011 after he lost the sight in his left eye as a result of an accident during an All-Ireland League game for UCD against Lansdowne in 2010. He made his way back into international contention by working his way up through the lower leagues with Leonorso Rugby where he coached in Italy.

In the 2014-15 season, he returned to professional rugby playing for Viadana. At the time, the protective goggles he wore were prohibited in Ireland, England and France, preventing him from making his way back to the very top level. He was signed as injury cover for Zebre during the 2015 RWC & Six Nations.

McKinley signed for Benetton Rugby in 2015 and after the IRFU joined a trial scheme to approve the eyewear, continued his journey with a fairytale return to the RDS to play a Pro12 match against Leinster in September 2016.

In November 2017, he made his Test debut off the bench for Italy against Fiji becoming the first player to line out in an international Test match wearing special protective goggles. Since that game McKinley has made a total of nine appearances for the Azzurri including the 2019 six nations.

Since the loss of his sight McKinley has become an ambassador for various foundations and organizations including Visually Impaired rugby’s Change Foundation program, IMART’s mixed ability rugby and Laureus.

McKinley has now returned to Ireland after eight years in Italy.

We have teamed up with Ian to offer the winning prize of a £5,000/€5,400 sponsorship package. Ian will be joined by BBC Breakfast and Sport Presenter and Journalist, Holly Hamilton, former Ulster, Ireland and Lions rugby player Rory Best as well as Irish international and Arsenal footballer Katie McCabe, to judge the Mash Direct Champ-ionship entries.