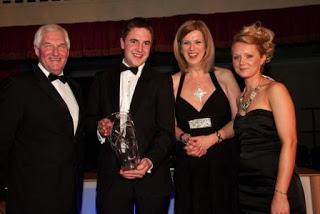 There was a record entry to this year’s Ulster Grocer Marketing Awards and the judging panel had a particularly difficult morning at the Wellington Park Hotel in Belfast when they met to decide.

The event was held at The Culloden Hotel on Friday 8th April where Mash Direct Potato Cakes from the Farmers Garden Range won the Best New Product Award.

Our potato cakes have been one of the most successful new product launches to date. Officially unveiled at the Balmoral Show last year as part of the Farmers Garden Range, they were initially intended to help achieve a sales boost during the summer season. But following their successful performance and the high level demand over then summer, we realised that there was a high level of demand for potato cakes all year round.