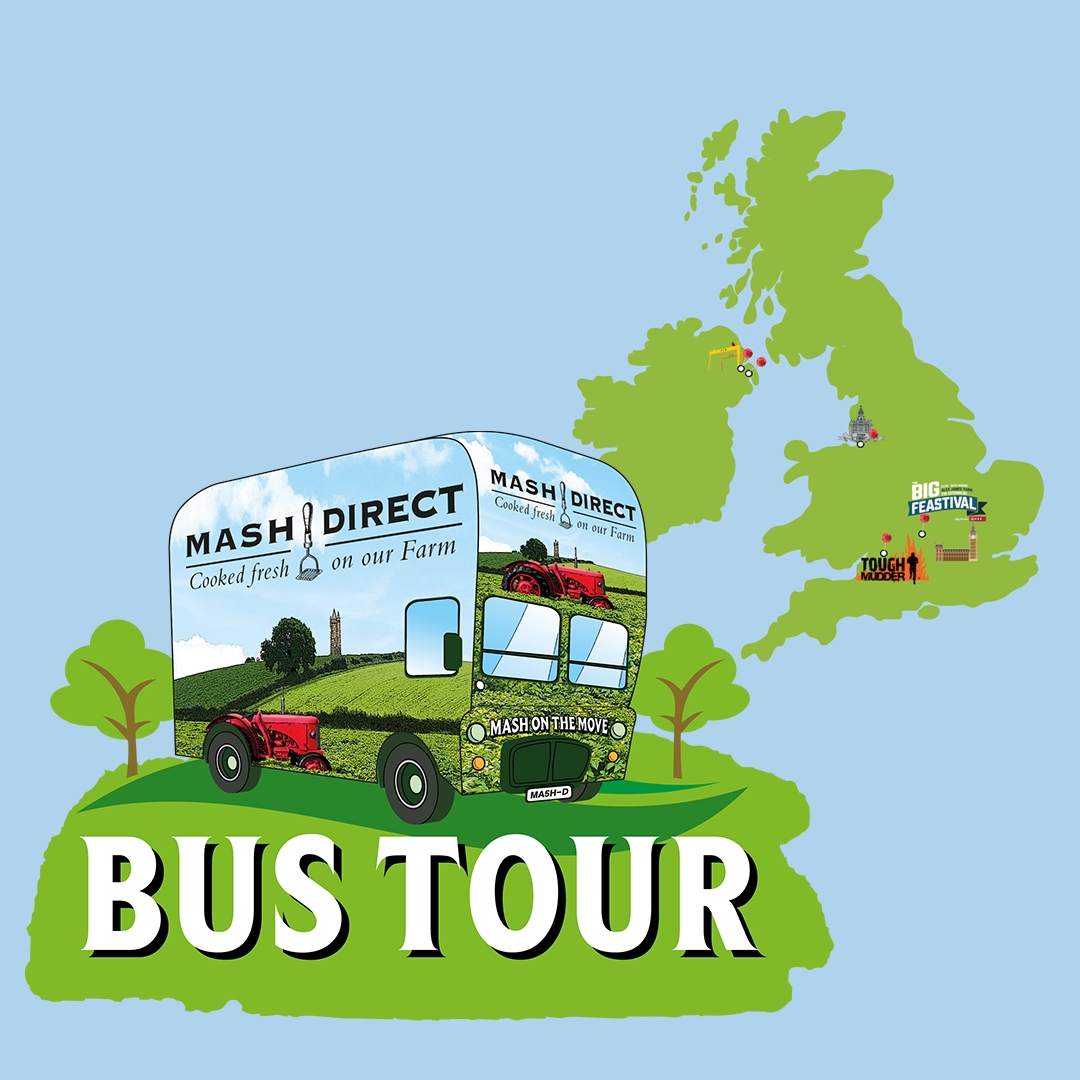 For the first time ever… We’re taking our Mash Bus on a tour of England!

We’ve spent the last month giving our Mash Bus some attention and a fresh lick of paint, so it’s ready to take on the tour around England. Check out of full tour itinerary below -

We’ll be putting our Mash Bus straight to the test at Tough Mudder South West in Badminton, where we’ll be sampling our veg to 1000’s of hungry & muddy people! We’re then heading North where we will spend the next 3 days sampling at all our favourite stores on the way up to The Big Feastival in the Cotswolds. At The Big Feastival we can’t wait for 3 days of Veg, Fun & Music! If you’re heading to the festival make sure to look out for our Mash Bus!

We'll also be giving you a chance to WIN at Tough Mudder & The Big Feastival with our Hangry Veg Slingshot Game! Where you get the chance to WIN prizes if you can knock down the targets with our slingshot.

To find out more about The Big Feastival, click here!