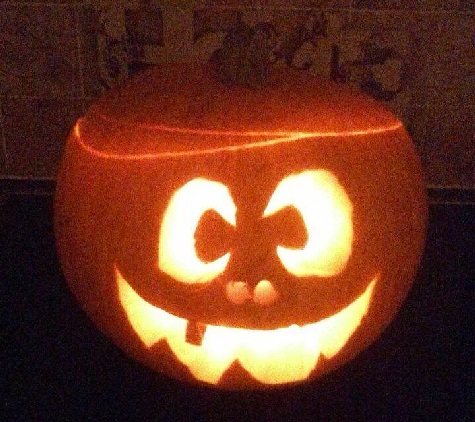 Jack-o-Lanterns are a staple of Halloween tradition and can be made from a variety of fruit and vegetables, although the humble turnip/swede and pumpkin are the most common victims at this time of year.

But did you know that the original Jack-o-Lanterns were named after an Irish myth and were carved to ward off unwanted visitors?

Legend has it that a man named Jack O’Lantern was condemned to roam earth for eternity. To light his way, Jack O’Lantern carved out a turnip and put some burning coal inside. Ever since people have been carving scary faces into turnips and other vegetables to frighten him and any other wandering evil spirits away.

After reading this, we are very glad that Jack-o-Lanterns are not named after our own Jack Hamilton!