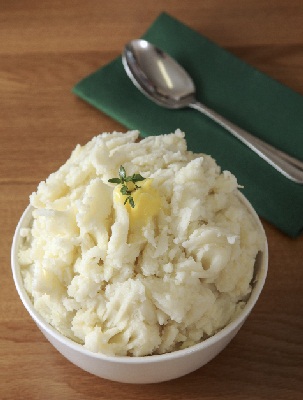 BBC aired a programme recently called Trust me I’m a Doctor which conducted an experiment that proved reheating cold pasta was healthier than the original meal.

It was shown that cooking, cooling and reheating the pasta reduced the rise in the test volunteers’ blood glucose by 50 per cent as the pasta converted into what is known as “resistant starch.”

Some carbohydrates contain starches which can quickly convert into simple sugars that can cause a spike in blood sugar levels, making the body release the hormone insulin to restore the balance.

Scientists have suggested that cooking and cooling some carbohydrates can change the structure of the food and how the body digests it to reduce the blood sugar spike so that fewer calories are absorbed, which is great news for potato fans!

Mash Direct’s Mashed Potato and other products are gently steam-cooked and cooled for your convenience so that all you need to do is reheat at home using a microwave or oven.