Eat Them To Defeat Them 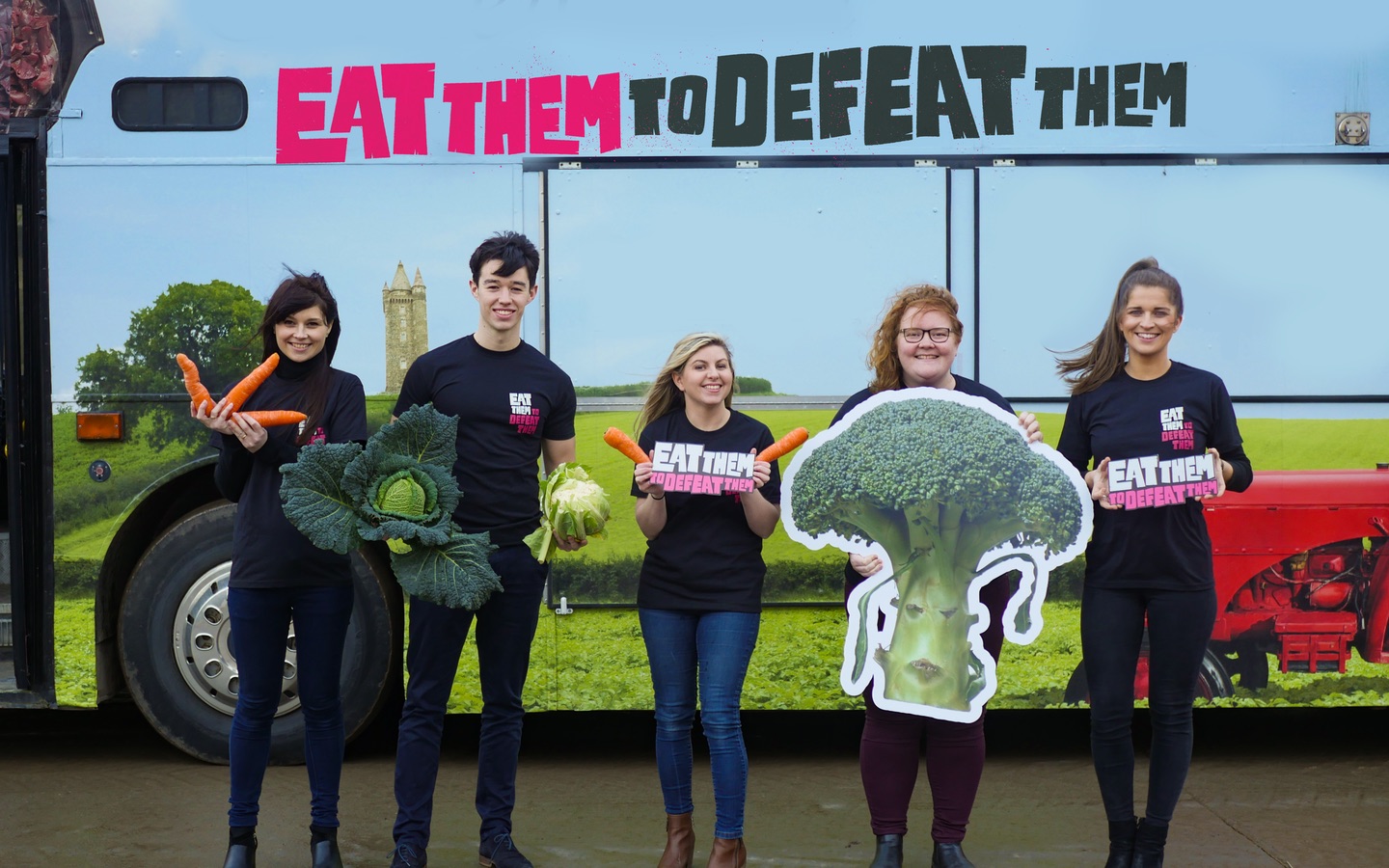 We are taking the lead in Northern Ireland to champion the Veg Power and ITV campaign on healthy eating for children.

We are joining forces with Veg Power and ITV in an exciting new campaign, Eat Them To Defeat Them which launches today, 25thJanuary across ITV. This is a new radical initiative to inspire children to eat more vegetables and we are the driving force behind communicating this campaign across Northern Ireland.

With the help and support of key influencers such as Jamie Oliver and Hugh Fearnley-Whittingstall, Veg Power and ITV will be kick starting this campaign with a national TV ad which will be going live during Coronation Street on the 25thJanuary. It will continue to be aired during some of the biggest TV shows in the UK including The Voice, Dancing on Ice and Britain’s Got Talent reaching millions of viewers.

Eat Them To Defeat Them’s strategy is unlike the usual worn out health messages around vegetable intake and is fun and engaging to inspire both children and parents to view and consume vegetables differently. With a total advertising spend from ITV of £2m, the campaign will run for 12 weeks with each week focussing on a different vegetable. With the use of scary vegetable characters, the campaign depicts the kids as heroes as they help their parents save the world from being overrun by angry vegetables.

The much anticipated TV ad will be supported with in-store support across all major UK supermarkets as well as supporting creative that will be sent to schools. We will be sending out 50,000 school packs to Key Stage 2 children across Northern Ireland and Scotland over the next couple of weeks promoting the Veg Power Campaign and encouraging children to eat more vegetables.

We are hosting an event at Belfast City Hall next Saturday 2ndFebruary from 10.30am – 11.30am to raise awareness of the Veg Power Campaign. We will have a Veg Power Giveaway to encourage kids to eat veg and they have invited media, influencers, school children, teachers and their families to come along and join them to promote vegetables. The Mash Direct bus, Maris the Mashcot and Vegetable characters will be there flying the flag for veg and we will be handing out free packs of our farm fresh Carrot & Parsnip so it’s not something you want to miss out on.

Chief Operating Officer, Jack Hamilton said, “At the heart of Mash Direct our focus has always been on health and convenience. This campaign is the perfect way to engage with children and make them love the huge array of vegetables that we have offer. We are thrilled to be driving this campaign across Northern Ireland and we hope that the whole initiative will have a tremendous impact on the long-term health here.”